Well, it's that time of the semester again. Finals are done, the next term's classes don't start for another week, and I'm sitting here at the computer at a loss for something to do. I was afraid this would happen.

It's funny, because I had so much planned. Among the items on my ongoing to do list:


Build a wah pedal.
Get my plasma speaker working.
Finish reading the Return of the King.
Write a song.
Learn to cook something.
Develop a new method to approximate quantum wave functions.

Okay, so the last one is a little weird as far as things one does in one's spare time, but it's not a joke. Anyway, the point is that I have plenty to do, yet I find myself wasting a half-hour or more on Reddit!

Is it just recuperation from academic burnout after a tough semester? I hope so. However, I suspect that I'll be battling the desire to waste time as long as I have any to waste. Curse my internet addiction. As I've considered in a previous post, it is easy to let electronic entertainment take over and allow my intellectual faculties to atrophy, and this really is a tragedy.

As a student, I should be driven by a consistent desire to learn and improve. While I do hold that desire, it does not always drive me as it should. At least, it does not drive me sufficiently to pull me out of the ruts into which I tend to fall. For example, I started this blog for a class. I was fully convinced that after the class ended, I would go through the effort to keep it going of my own accord. However, when I sat down to write just now, this is the best I could come up with-- a quaint little complaint initially developed because I couldn't think of anything to write. Why not? Because all of the various interesting things about which I could write would require me to do research, find sources, back up claims, and so forth. Somehow now that class is over, I just can't seem to get excited over that research like I did before.

But I am getting ahead of myself. Time will tell if I can regain my will to study for studying's sake.

Posted by Unknown at 8:06 AM No comments:

A Long and Wordy Look Back

What follows is a reflective post looking back at the previous semester, focusing on the work I did in the course for which I started this blog. After this post, the blog will simply consist of my own thoughts and ideas.

Don't worry, just one more class-related post after this one and then my posts will be what I want to say again. This is a post detailing my efforts to invite people to the end-of-semester class-sponsored event, "Digital Citizens Unite!"

In lieu of any actual social commentary or interesting thing that I would love to do if I had the time, here is a brief introduction to the chapter my group is writing on openness.

Note: Unfortunately, this blog is for the moment a necessary vehicle for me to present class assignments. As a result, I have to post this despite the fact that I would not actually post this on a blog were it my decision. Soon enough I'll get back to blogging about things that I care about. 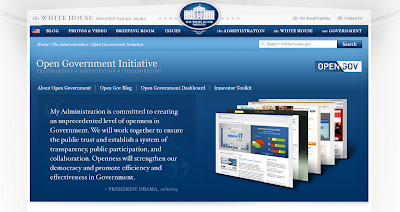 On the Civic Duty of Voting

Have you ever been told that to vote is your civic duty? What does that even mean? Here is a loosely Platonian approach to see whether or not voting is a civic duty and why.